US running out of patience with Russia on Syria deal

Geneva (CNN)US Secretary of State John Kerry arrived in Geneva to try to close a deal with Russia on a ceasefire in Syria, but officials warned that the US would soon abandon the effort if the latest round of talks didnt produce an agreement

"We are going to try but our patience is not infinite," a senior administration official traveling with Kerry said.
"We are not going to keep going if we dont reach a conclusion relatively soon. We need to be moving very close to a deal and at some point we need to reach that deal." 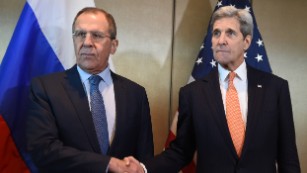 Syria talks: What Russia, US agree and disagree on
Kerry headed into a meeting with Russian counterpart, Sergei Lavrov, for the third time in two weeks
The US and Russia have been struggling to come to terms on a ceasefire between Syrian President Bashar al-Assads government and moderate rebels that would expand humanitarian access for hundreds of thousands of Syrians.
Since Kerry returned home from China Monday night, Washington and Moscow have been trying to narrow differences on the thorniest issues blocking a ceasefire in Aleppo -- access in and out of the city and the mingling of moderate opposition with al Qaeda-linked Nusra militants.
Senior administration officials briefing reporters aboard Kerrys plane en route to Geneva said some gaps had been narrowed but others remained. 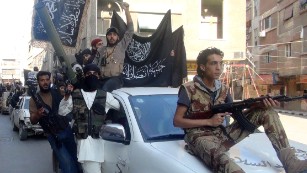 Al-Nusra rebranding: What you need to know
"Today we got to the point where we thought it would be useful for them to sit down again," one senior official said of Kerry and Lavrov.
But the officials tried to temper expectations that Fridays talks could resolve all of the issues so that a deal could be announced, saying it could take another session.
"We cant guarantee in any way at this point that we are on the cusp of finishing. This is an iterative process. It is highly technical, highly complicated and there are a number of issues we are going to continue to have to discuss with the Russians tomorrow and maybe beyond tomorrow, the official said "That said, If we didnt think there remained a possibility of getting things done, we wouldnt be going back to Geneva.
Recommend to friends