ISIS must surrender or DIE: US commander issues chilling warning to jihadis

Operation Inherent Resolve – the US-led Coalition offensive against the death cult – is steaming ahead to destroy the so-called caliphate across the Middle East.

US Colonel John Dorrian, spokesman for the task force, said while moves to drive ISIS out of its last city had slowed – the US and their allies will carry out the campaign "however long it takes".

He told reporters at the US Embassy in London any fighters left in Mosul would either have to surrender or be killed – but added many jihadis left in the city are "fighting to the death".

The Iraqi Army alongside support from the US Army and Air Force have been taking back Mosul street-by-street since October, 2016.

Initial predictions by Iraqi commanders gave the campaign six months before ISIS was finally driven from the city and Iraq.

But now that deadline has passed and the death cult still hold parts of the war-torn city to the west of the river Tigris.

Now forces are locked in an intense urban war, with heavy weapons unable to pass the narrow and rubbled-filed streets of Mosul.

However, Colonel Dorrian remained confident victory is assured in the city and estimated there less than 1000 jihadi fighters left the city.

He admitted likely have around 300,000 "human shields" left in the city being held through fear by the "ruthless" jihadis.

The US Air Force chief said ISIS have left behind their most fanatical militants – including a number of foreign fighters – to keep grip on the city for as long as they can.

There have been reports ISIS is moving forces to a "new capital" in preparation of a final stand.

Mosul holds special significance for the death cult as it where jihadi leader Abu Bakr al-Baghdadi declared the caliphate in 2014.

Reluctant to place a timeline for victory, he told journalists Iraqi forces are fighting in a "360 degree, 3D battlefield" where "every door, every window and every tunnel" might hide a jihadi fighter.

He said: "I will tell you straight up, what the result is going to be – every single ISIS fighter left in Mosul is going to be killed or they are going to surrender."

The commander described ISISs brutality in the city using chemical attacks, kidnapping and even disguising themselves as Iraqi soldiers to attack civilians. 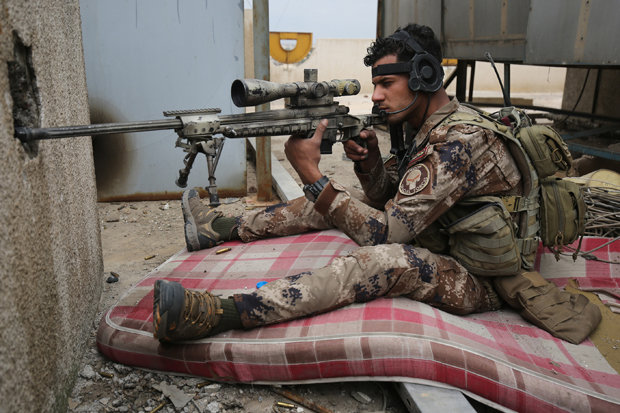 URBAN WARFARE: Snipers and kill teams are being used in Mosul to fight back against ISIS 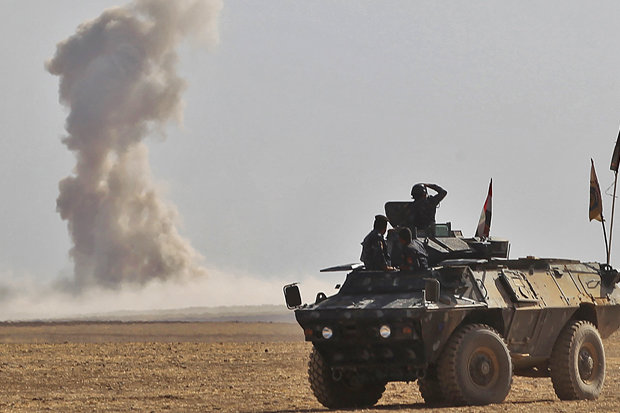 OPERATION INHERENT RESOLVE: The Iraqi Army are spearheading the assault on Mosul

The colonel said: "The enemy is completely isolated, completely surrounded and they are not going anywhere.

"Unfortunately there are civilians stuck in the city, and they are suffering.

Meanwhile, ISIS are continuing attacks abroad – such as the killing of a French policeman in Champs Elysees, which was claimed by the terrorists.